Alanis Morissette1974 年 6 月 1 日生于加拿大安大略省渥太华市，是 90 年代中期最为出名的另类歌手之一。Morissette 曾经是一名童星，后来成为流行舞曲乐届的宠儿， 最终成为另类乐坛的一位歌手，且会自己创作词曲，同 Liz Phair及 Tori Amos 并驾齐驱。
Morissette是土生土长的渥太华人， 她童年时代即开始学习弹钢琴及词曲创作，10岁她参加了儿童电视节目的拍摄。 她用拍片赚来的钱录制了第 1 首单曲《Fate Stay with Me》，在她 10岁那年推出。14 岁时，她同加拿大 MCA 唱片公司签了合约。1991 年，她赴多伦多谋求发展，并推出首张专辑《Alanis》。
《Alanis》 是一张充斥当时在加拿大盛行的流行舞曲元素的专辑，销量有 10 万张，并为 Morissette赢得了加拿大朱诺奖中的“最受欢迎的歌手奖”。不过，她的成功此时还仅仅局限于国内。1992 年，Morissette 又推出专辑《Now Is the Time》， 风格同前一张专辑相差不多。这张专辑销量只有前一张专辑的一半， 而且也只在国内获得了成功。随后，Morissette 迁往洛杉矶， 并在 1994 年邂逅 Glen Ballard。 Ballard 曾为 Michael Jackson 创作名曲 “Man In the Mirror”，并为 Wilson Phillips 成功地制作了首张专辑，也曾与 David Hasselhoff 有过合作。在 Ballard 的启发下，Morissette决定放弃她以往“流行公主”的形象，改走另类摇滚的路线。 结果她在 Madonna的公司 Maverick 旗下推出了《Jagged Little Pill》。
1995 年夏季，由于单曲“You Oughta Know”的强劲冲击，《Jagged Little Pill》引起了万众的瞩目。 很快，这首单曲在 MTV电视台和另类电台中被频频播放， 专辑打进了排行榜前 10 名，并获得了多白金的销量。
在1998和1999两年Alanis又分别推出了她的第4和第5张专辑， 并且也都取得成功。最近倒是没有什么新作。
Alanis Morissette was one of the most unlikely stars of the mid-'90s. A former child actress turned dance-pop diva, Morissette later transformed herself into a confessional alternative singer/songwriter in the vein of Liz Phair and Tori Amos. However, she bolstered that formula with enough pop sensibility, slight hip-hop flourishes, and marketing savvy to become a superstar with her third album, Jagged Little Pill.
Morissette was born in Ottawa, Canada, and began playing piano and writing songs during her childhood years. She also joined the cast of You Can't Do That on Television, a children's television program. Using money that she earned on the show, Morissette recorded an independent single, "Fate Stay with Me," which was released when she was only ten years old. Morissette then concentrated on a musical career after leaving the show's cast, signing a music publishing contract when she was 14. The publishing contract led to a record deal with MCA Canada, and Morissette moved to Toronto before releasing her debut album, Alanis, in 1991.
Alanis was a collection of pop-oriented dance numbers and ballads that found success in Canada, selling over 100,000 copies and earning the singer a Juno Award for Most Promising Female Artist. However, no other country paid much attention to the record. In 1992, Morissette released Now Is the Time, an album that closely resembled her debut. Like its predecessor, it was a success in Canada, even if its sales did not match those of Alanis. Following the release of Now Is the Time, Morissette relocated to Los Angeles, where she met veteran producer Glen Ballard in early 1994. Ballard had previously written Michael Jackson's hit single "Man in the Mirror," produced Wilson Phillips' hit debut album, and worked with actor/musician David Hasselhoff. The two decided to work together, and despite their shared experience with mainstream pop, they opted instead to pursue an edgier, alternative rock-oriented direction. The result was Jagged Little Pill, which was released in 1995 on Madonna's label, Maverick Records.
On the strength of the angst-ridden single "You Oughta Know," Jagged Little Pill gained attention upon its release in the summer of 1995. The song soon received heavy airplay from alternative radio outlets and MTV, sending the album into the Top Ten and helping it achieve multi-platinum status. Jagged Little Pill's subsequent singles — "Hand in My Pocket," "All I Really Want," "You Learn," "Ironic," and "All I Really Want" — kept the album in the Top Ten for an astounding 69 weeks, and Alanis Morissette was nominated for six Grammys in early 1996. She won several of those awards, including Album of the Year and Song of the Year.
While she never managed to replicate the success of Jagged Little Pill, Morissette continued to release well-received albums into the 21st century. Her much-anticipated follow-up, Supposed Former Infatuation Junkie, was released in the autumn of 1998, setting a record for the highest first-week sales by a female artist. An Unplugged set appeared a year later and featured a cover of the Police's "King of Pain," while 2002's Under Rug Swept saw Morissette writing and producing without the help of collaborators. So-Called Chaos followed in 2004. A year later, she took Jagged Little Pill on the road as an acoustic tour. Those tour dates led to the release of Jagged Little Pill Acoustic, an album originally (and tellingly) sold exclusively through Starbucks outlets. Morissette and her fans had grown up, and Collection — an 18-track retrospective of her work — followed in November 2005. But Morissette wasn't done, returning in 2008 with her seventh studio effort (and fifth international release), Flavors of Entanglement. 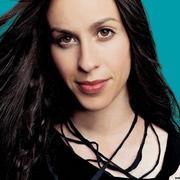